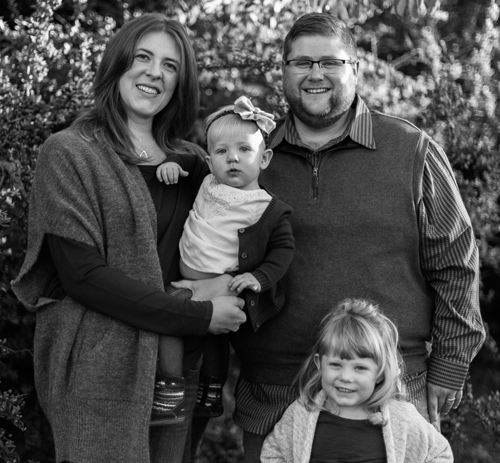 Charles Murphy Coon was born in Amarillo, Texas and grew up in Brownfield, Texas. He graduated with distinguished honors from Brownfield High School and went on to college at Texas Tech University, majoring in food science with chemistry minor. While there, Murphy was a member of FarmHouse Fraternity, Student Agriculture Counsel, and served 2 terms as an Agriculture Student Senator and Sergeant of Arms with the Student Government Association.  Texas Tech University is also where Murphy met and married his wife, Amber, in 2007.  They have since been blessed with 2 beautiful little girls, Abigail 4 and Loralei 1.

After graduation from Texas Tech, Murphy joined Praters’ Foods in Lubbock as the Quality Control Technician, where he was responsible for all facets of sanitation, research and development, and quality control. In 2008, Murphy transitioned to Ecolab Inc. as a Territory Sales Manager for the Lubbock area. In this position, Murphy demonstrated exceptional sales and relationship skills with his customers, earning him Territory Manager of the Year for his district, as well as highest achievement of sales budget for the area. Murphy and Amber moved to Denver, CO in 2010 to allow Amber to complete a medical residency in obstetrics and gynecology. While there, Murphy continued his career with Ecolab and was rewarded with multiple promotions as well as the highest sales for street sales development manager in 2013. In 2014 Murphy and Amber moved back home to West Texas, where Murphy continued his career with Ecolab receiving a promotion to District Manager for West Texas.

In 2015, Murphy made the decision to pursue a career in real estate. His sales record speaks for itself with the multiple awards and promotions he attained at Ecolab.  Murphy’s customer service skills when combined with sales acumen will provide the best possible real estate transaction experience to his clients.

Send a message to Murphy